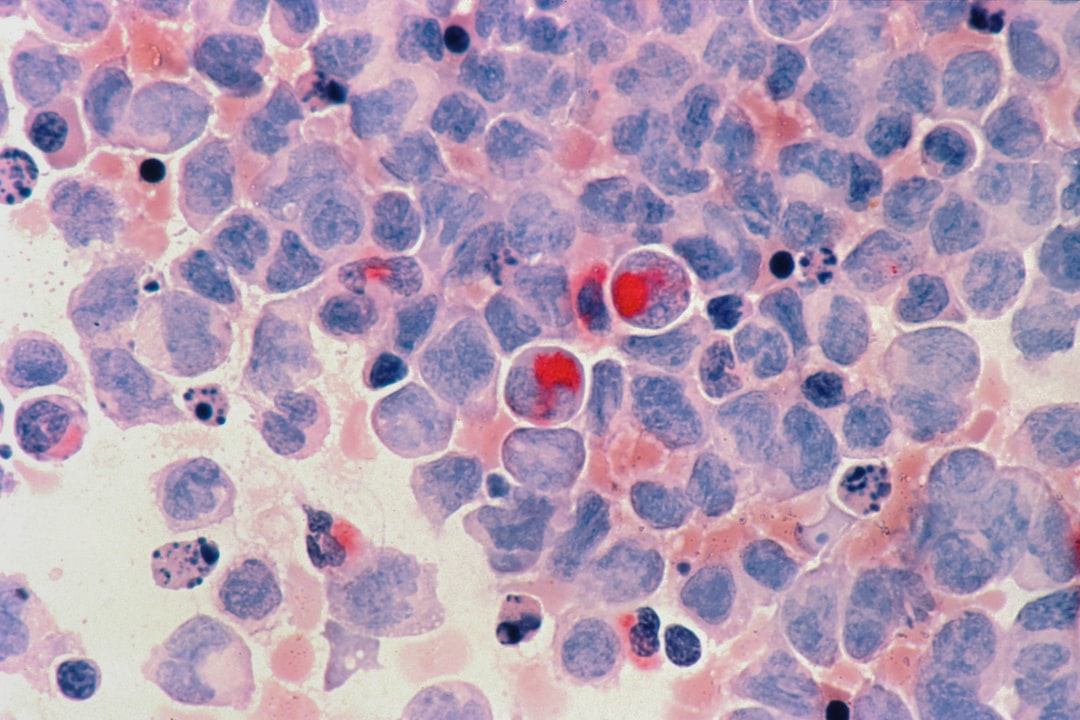 Cancer isn't a single disease but rather a multitude of conditions that arise at varying ages, grow at different rates, and manifest in numerous ways. However, the cells that constitute these tumors share plenty of features and employ similar strategies to spread and invade the body. Biologists agree on several hallmarks shared by most tumors. The detailed mechanisms always differ, and the events almost certainly overlap. In other words, there are many ways things can go wrong. Here, I will describe a few of those features, hoping to give people an idea of the inner workings of the disease everyone fears and knows little about.

The human cell requires multiple external chemical signals to divide and replicate. The growth signals are produced by neighboring cells or provided by other organs in the body and delivered through the bloodstream. Either way, once in the cell's immediate surroundings, the signals are received by receptors on the cell surface, which generates a chain reaction that stimulates the cell to grow or replicate.

Cancer cells, on the other hand, don't need external factors to trigger their multiplication. They exploit the signal-receptor-executioner system to reproduce independently. This feature of cancer development was among the earliest to be discovered. One way cancer cells achieve their independence is to fabricate the growth signals by themselves. Alternatively, the cell increases the number of receptors on the surface, stimulating division beyond what is otherwise permitted by the available signals. Finally, cancer cells can bypass the first two steps in this system and act as if an external signal was introduced. The end results are the same: uninhibited growth that could go on unchecked, at least in theory, forever.

Balanced growth-antigrowth signals regulate the number of cells in the body and the rate of their replications. Such balance shifts toward growth to replace the damaged cells or compensate for the body's demands. Otherwise, the antigrowth factors dominate, and most cells transition to a non-proliferative state. Cancer cells follow additional strategies to dim the response to antigrowth signals and enable them to stay in a continuous expansion state. The fate of most cells in the body is to become mature functional units (e.g., fat or muscle cell). Cancer cells, however, do not fully mature, another manifestation of their not responding to antigrowth factors at the right time during their development.

Cells are programmed to die when they are no longer needed or too old to function properly. First, the membranes surrounding the cell disintegrate. Then, the cell's internal structure is destroyed, and the content inside the cell leaks out. Finally, the genetic material in the nucleus fragments and dissipates. The remnants of the dead cells are eventually engulfed by the neighboring cells. The different elements that accomplish this are organized into two groups: sensors and effectors. Cancer cells escape the imminent fate by deceiving the death sensors to ignore the destruction signal or by interrupting the sequence of events managed by the effectors.

The mechanisms mentioned earlier do not fully how tumor cells can grow. Human cells have intrinsic limits on the number of times they can replicate in their lifetime. With each duplication of their genetic materials, cells accumulate errors and lose the protective caps at the end of the chromosomes, making it likely for them to disintegrate and die off. Therefore, the vast majority of cells don't replicate indefinitely, even in the presence of the necessary growth factors. The cells that do replicate indefinitely are termed immortal, and most tumor cells appear to be of that kind. Tumor cells achieve this immortality state by ensuring their chromosomes are not exposed or shortened with each passage.

Cells require proximity to a blood supply. Once an organ reaches its mature form and size, the formation of new blood vessels is held under tight control to maintain constate supply of nutrients, but no more. Since tumors usually grow beyond the organ's original size, these tumors devise new blood vessels to meet the increased demand for oxygen and nutrients. This is mainly achieved by rebalancing the factors that favor or oppose new vessels' formation toward the former. These factors are also signals produced in the tumor surroundings and received on the cells lining the blood vessels to encourage expansion. Interestingly, this happens at an early stage of cancer development despite not reaching the maximum growth rate or size yet.

Some tumors invade their primary site's surroundings and spread to distant parts of the body through the bloodstream. Tumor cells break loose of the original site, then resettle in new locations. Tumors employ strategies similar to those used to grow in their original spots to relocate to new parts of the body. If successful, the resettled cancer cells become a new locus of the disease where the unlimited growth of the foreign tumor recapitulates the destruction of yet another part of the body.

This is not to say the body has no way of fighting back. True, tumor cells strive to grow independent of the rest of the body. Some fabricate their own signaling pathways and modify their environment, their echo system if you like. Often they sustain the demand for energy by altering their metabolism and devising new connections to the bloodstream. They reach into neighboring and distant tissue. Yet, most potential cancer cells die before they can establish a rouge growing colony in a healthy organ. The body's resistance can be attributed only to the immune system's constant surveillance, which only a few cancerous cells can evade. Recent advances have shown that it's possible to boost these natural defenses and use them for treating tumors that are already established.